"Life is what happens while you are busy making other plans." John Lennon

A Time to Remember...

A few years ago, one of #3's schoolmates, Jack, was fortunate to be chosen to represent the province of BC as a delegate of youth traveling with WWII veterans on a pilgrimage to Ortona Italy. Prior to the journey, Jack was to research the life of a Canadian soldier that would have fought in the infamous Battle of Ortona.


Take time on this Remembrance Day to think about the sacrifices that have been made by so many men and women.

Day 5 of life with Puppy, and this morning we had double success with the housebreaking process. The first pee and poop of the day OUTSIDE.....yeah! Is it because Charlie has clued in to what he has to do (and where)? Nooooo, it's because I've learned just because he looks like he doesn't have to go . . . . . . . . . . patience, Grasshopper! 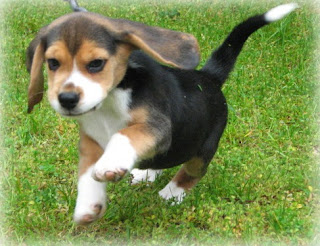 Who's the smarter one now? Hah - I'll take the small victories where I can but I'm still stocking up on a jumbo supply of paper towels and spray cleaner AND the kitchen tile floor is still his only free roaming room in the house.

It's been over 7 months since Miles left us and on any given day, as I walk up the front steps I will think "better hurry up and open the door because Miles will be anxious to get out for some play time in the backyard." When the dishwasher door is opened, I still expect to hear the clickety-clack of his paws on the kitchen floor as he comes in to scope out possible snacks (some bad habits were hard to break - he saw the dishwasher as his personal smorgasbord). Miles will always be missed!

Today we bring home a puppy, another beagle, that won't take Miles' place in our hearts, but will wiggle his way in to find his own little spot in our hearts. 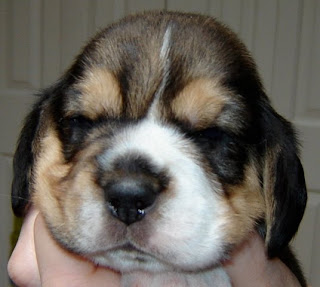 This is a picture taken about 6 weeks ago. His father is a beagle originally from Sweden and his momma, a local Fraser Valley beagle. In keeping with his Swedish lineage, we've decided to name him Markus, Lars, Bjorn, Benny . . . . maybe, I'm not sure - it's still up for vote between the girls.

One this is for certain . . . life with a puppy in the house should be very interesting!

All Dogs Go To Heaven 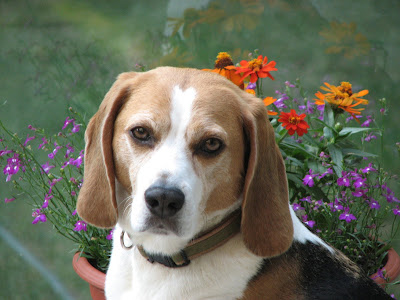 Almost 6 years to the day, this big guy came to live with us. He was a reluctant addition to the family and his first impression on most of us was not the best. I went alone to pick him up and his first greeting for me that day was a snarl and snap at my hand as I tried to pet him. His owners at the time helped to load him and all his worldly possessions into my van and as they sadly waved, we drove away. With Miles probably wondering what was going on as two familiar faces faded into the distance and me beginning to wonder if I'd survive the drive home should Miles decide he didn't like me.

When we arrived in the driveway of his new home, Miles greeted #4 with what became his signature "first meeting - hello". A snarl and a snap. But #4 persevered. She grabbed his leash and took him on a walk around the block - or rather, he took her for a walk. I'll never forget how #4 looked like she was being pulled by a locomotive while Miles took off to explore (at breakneck speed) his new neighbourhood.

It didn't take long for Miles to realize we were his new family and instead of the snarl/snap, we were greeted with a wildly wagging tail and yelps of excitement. Unless of course, one of us happened to change our appearance and he didn't recognize us. #3 came home one afternoon with a drastically new haircut and Miles tore after him as if he were attacking an intruder. Poor #3 had to leap up on the sundeck rail to escape the wild beagle.

Miles had his own dog bed, updated through the years after each skunk encounter, but that was only for the occasional daytime nap. His true place of honour was on either one of the girls' beds. Who needs a hot water bottle in the winter when you've got a big ol' beagle to cuddle up with.

Miles was always ready for a game of catch although he'd slowed down in the past few years, and he was ALWAYS ready for a walk. If dogs could do a happy dance, he surely did one each time his leash was picked up off the front door table.

Sadly, I write of all these things in the past tense because Miles left us this afternoon. #5 and I came home to an unusually quite house this afternoon and I'm only glad that I was with #5 and she didn't have to happen upon him while she was alone.

I like to think he died a very painless, peaceful death while resting on one of his girls' beds. I'm sure somewhere he is still chasing squirrels and doing his happy dance at the prospect of a much loved walk. Just remember....stay away from the skunks, big guy! 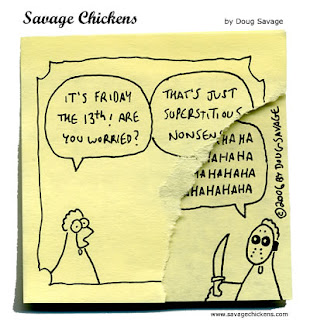 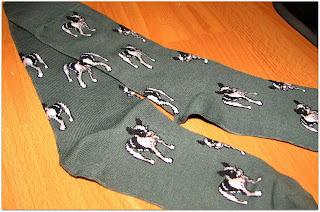 
I wonder how Miles would feel if he only knew that she pines for another dog.

Knitting still goes on around here even though not much blogging goes on. And socks still take the top spot - probably because of their portability. 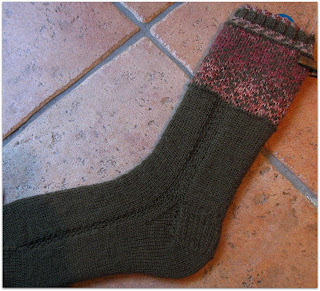 These are the Canada socks from Knitting on the Road.

Of course by the time I came to the conclusion that I should have switched the two contrast yarns around so as to better show the patterning, I was too far along to possibly want to rip out and start over.

Oh well, once worn, whose going to be peeping under my pant legs?


Although it took its time in arriving, summer seems to have settled in quite nicely here in Vancouver. I hope you're enjoying a relaxing summer wherever you are. 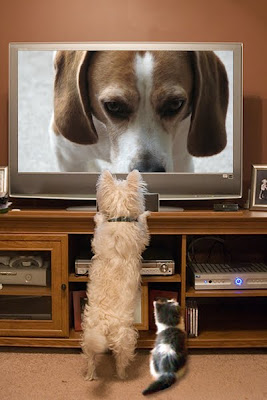 It's official..... the belugas are loose on the streets of Vancouver! 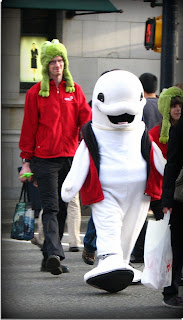 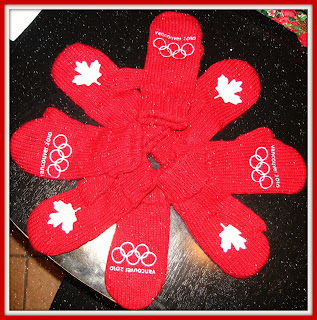 ....... and the mittens are multiplying around here.

I sure wish the snowflakes were too.

You just never know what you'll find in the garden around here. 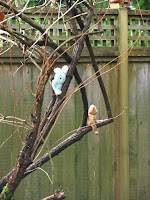 These are a couple of stuffies that were spirited out of one of the girls' bedrooms by a certain crafty, slinking beagle. We always know Miles is up to no good when he calmly saunters out of one of the bedrooms with a "nothin' goin' on here" kind of demeanor until he comes to within five feet of the kitchen door. Then it's as if he's been rocket propelled, running out onto the deck and down into the yard. Usually he's nabbed before he gets too far, but sometimes we don't realize what he's done until a certain bunny or bear is dug up from its burial spot a few months later. These two were found in the garden in the fall and placed in the tree.....with the intention of bringing them in later that day. Obviously that never happened and they've spent a soggy winter on their perches.

Now that both the girls and Miles have grown a little older, not only are there not as many stuffies lying about but there's not as much mischief in the pooch.

I've been trying to use up bits of yarn stashed about the house. 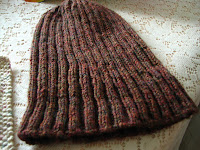 Here's another Laire as well as a few Bea 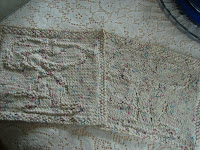 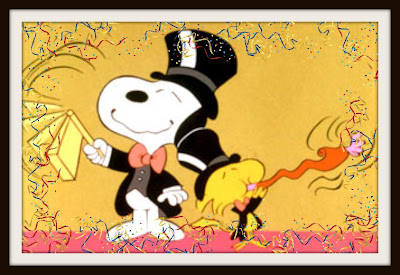 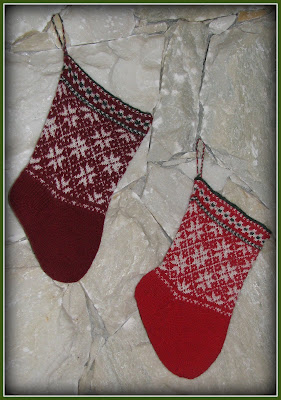 Moving right along in my bid to get Christmas knitting completed before midnight on December 24th, I can now tick 2 Christmas in Tallinn stockings off the list.

Both stockings were knit with a combination of Elann Peruvian Highland Sport (coloured) and Elann Peruvian Alpaca Fina (white). The deeper wine red was done as the pattern suggested with 3.25 mm needles, switching to 2.75mm needles for the 'foot' portion.

Now I just need to buy a chocolate Santa and these are set to be gifted to the two Mrs. R's that spearheaded the trip this past summer for #5 and her 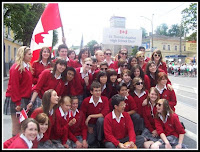 choir-mates to Tallinn and beyond. 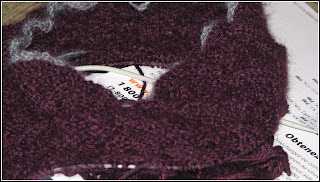 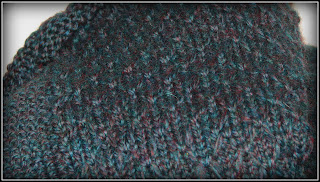 Better keep clicking those needles or midnight December 24th could still be a reality.